Over the past fifteen years, MAGNA has played a significant role in the treatment of people living with HIV/AIDS, and in preventing epidemics such as measles or meningitis. In 2017, in response to an epidemic, we provided treatment to 3,404 children living with HIV, and vaccinated more than 77,000 children in our hospitals.

During outbreaks of highly contagious diseases like measles or meningitis, prevention often means vaccination. In addition to organizing mass vaccination campaigns in response to epidemics, our teams also provide routine vaccination in our health care facilities. 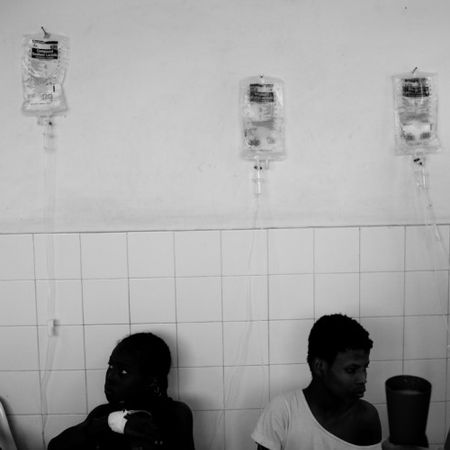 Raising public awareness of disease risks is of vital importance to preventing epidemics.

We pioneered effective HIV/AIDS treatment in Cambodia, and now treat thousands of people worldwide. Half of all children with HIV/AIDS die before their second birthday. Therefore since 2006 we have implemented treatment in our programs to prevent the transmission of mother-to-child HIV, with a success rate of 98%. This gives children hope for a better life without AIDS.

Despite unprecedented international mobilization in recent decades, leading to significant progress in the fight against HIV, the disease continues to kill on a massive scale and is now responsible for a million deaths each year. Since 1981, it has killed more than 25 million people.

Cholera often breaks out due to a lack of clean water, the accumulation of waste, or poor hygiene. Cholera victims receive drinkable rehydration solutions, a mixture of sugars and minerals in large quantities of drinking water.

In 2010 a cholera epidemic struck Haiti along with an earthquake. In Cambodia we treated hundreds of patients at Chey Chumneas Hospital in 2007. In South Sudan we regularly participate in vaccination campaigns in camps for displaced populations.

Nowadays, a safe and cost-effective measles vaccine is available to us. Large vaccination campaigns can significantly reduce the number of deaths caused by measles.

However, in countries with poor health care structures, or among people with limited access to health services, coverage remains low and widespread epidemics occur. 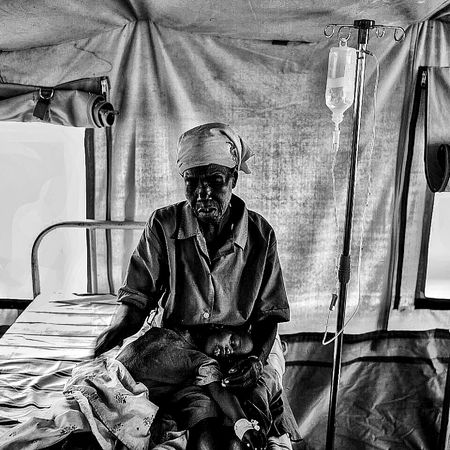