We are witnessing the greatest exodus in history

A total of 68.5 million people in the world have been forced from their homes. Among them are almost 25.4 million refugees, of whom more than half are children under 18 years of age.

In a world where one person is forced from their home by conflict or persecution almost every two seconds , helping people on the move with no home is more important than ever.

Much of our field activity focuses on internally displaced people and refugees. Their number has tripled in the last three decades, and their health care needs are enormous.

We have been assisting in camps set up for Iraqi, Somali, Syrian, and South Sudanese refugees and displaced persons. In 2015 we responded rigorously to the refugee wave in Europe, when hundreds of thousands of Syrian, Afghan, and Burmese refugees passed through our clinics. MAGNA has an intense history and a powerful commitment to providing help and protection to people seeking refuge. 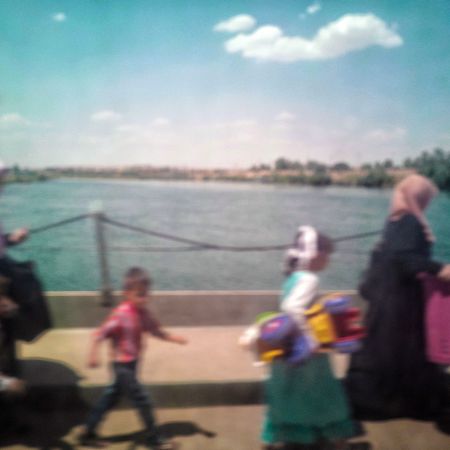 South Sudan: Hundreds of thousands have been living in camps for 5 years

Since December 2013 the brutal conflict in South Sudan has taken thousands of lives, and forced nearly four million people from their homes. Many of them remain displaced within the country, and more than two million have fled to neighbouring countries, desperately searching for safety.

On 15 December 2013 civil war broke out in South Sudan, with thousands of people killed on the very first day. Hundreds of thousands more left their homes to seek refuge. Despite the poor security outlook, MAGNA immediately started to assist victims, and by 17 December we put into operation the only functional hospital in the city (Juba Teaching Hospital), and secured health care and surgical supplies and medicines.

Subsequently, MAGNA opened health centres in a camp for more than 100,000 displaced people, and to date has been providing them with vital vaccination and medical assistance. 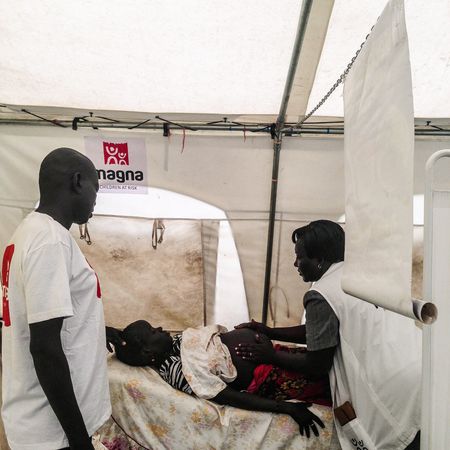 Lebanon is trying to cope with an influx of Syrian refugees. Since the outbreak of the Syrian crisis in 2011, it is estimated that more than 1.5 million Syrians and Palestinians have fled to Lebanon. They have since been trying to cope with urgent humanitarian and health needs.

The civil war in Syria is putting enormous pressure on neighboring states, including Lebanon, whose population is around four million people. Seven years after the outbreak of the conflict, most Syrian refugees are still dependent on humanitarian aid. There are no official refugee camps in the country, families are forced to live in improvised camps such as garages, farms, old schools or unfinished buildings.

Overcrowding, inadequate food, polluted water, and poor shelter have had a significant impact on the health of people forced from their homes and with no access to the necessary medical care. MAGNA health professionals provide free of charge the care interrupted by the war,, including treatment for such chronic diseases as diabetes, high blood pressure, and asthma. Primary health care is provided in the Bekaa Valley, where approximately one third of the 500,000 refugees live in tent settlements. 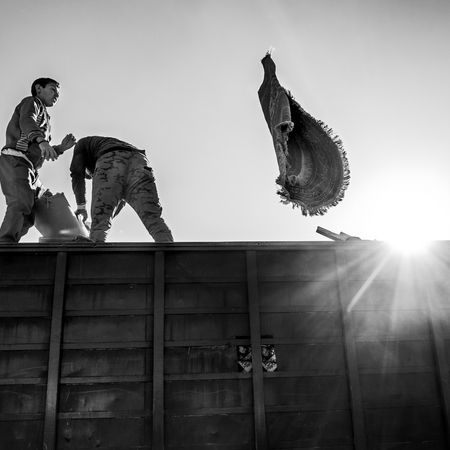 During the Islamic State rebellion in the vast territory of Iraqi provinces, we witnessed significant population displacement. This has caused a very serious humanitarian situation for the population affected. There are currently 3 million IDPs in Iraq, 450,000 of whom live in Dohuk governorate and Iraqi Kurdistan.

In 2017, MAGNA independently managed health care centres in the Bajet Kandala 2 and Bardadashi camps to provide primary health care to the displaced population. On average we provided 2,800 consultations per month, ensuring access to quality and life-saving medical care. 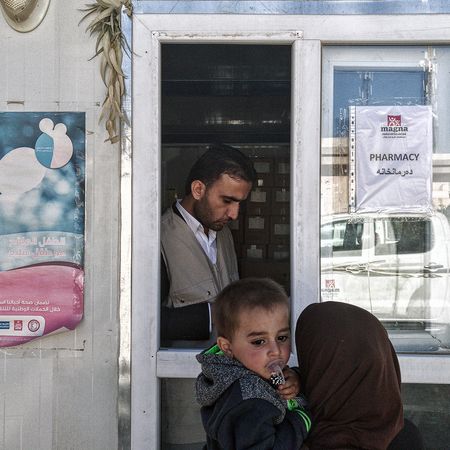