A rapid escalation of the conflict in Iraq caused massive internal displacement. Nearly three and half million people have fled their homes in search of safety. MAGNA helps Iraqis and Syrian refugees who have been displaced by this conflict.

Overview of the Iraq Crisis

The humanitarian crisis in Iraq remained one of the largest in the world in 2018. At the end of the year, more than 6.7 million people needed humanitarian aid, including 3.3 million children and 3.3 million women and girls. At the end of 2018, there were still almost 2 million IDPs in Iraq. During the conflict, Iraq's health system was severely damaged, the country had a limited number of health workers and access to medicines and health supplies was restricted. It is estimated that 5.5 million Iraqis are in need of proper health care.

How is MAGNA helping in Iraq?

In 2018, MAGNA launched a mobile reproductive health team and supported the birth clinic of Al Batool Hospital in one of the most affected parts of Mosul, Ninewa province in Iraq. This is the area of Iraq most devastated during the conflict with the Islamic State (ISIS). We provided the necessary health services to women, newborns and children, including gynecological consultations, family planning consultations, as well as pre-natal care, obstetric care, postnatal care and laboratory services.

The combination of a mobile unit and a static medical facility has yielded the most flexible response to the needs of people affected by the conflict. The humanitarian crisis in Mosul poses an increased risk to the health and lives of pregnant women and children. 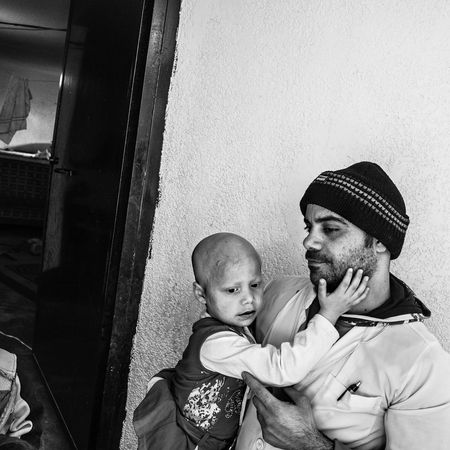