Civilian areas are bombed regularly, and access to health care remains very poor in many areas. In cooperation with our partners in Syria, we are continuing health care intervention in northwest Syria at the Al-Ekha hospital, one of the largest for obstetrics, reproductive health, and gynaecological surgery among the camps for hundreds of thousands in distress among the internally-displaced from Atme.

Overview of the Crisis in Syria

In nine years, the Syrian conflict has recorded hundreds of thousands of victims killed or wounded, massive population displacement, inconceivable destruction of infrastructure, and colossal civilian suffering. The number of deaths is assessed at over 500,000 lives, including over 225,000 civilians.

An estimate more than 11 million people continued in need of humanitarian aid in 2019, with 5 million in extreme need. Numerous serious violations of international humanitarian rights and extensive human rights abuses by all sides characterize the Syrian conflict: sieges and starvation of entire populations, intentional attacks on civilians and civil infrastructure as well as humanitarian and health care workers, forced displacement, gender based violence, and severe limits on humanitarian aid access.

All reports on Syria -->

Why we are in Syria

Our Syria intervention in 2019

In 2019 MAGNA realized two interventions in Syria in cooperation with its partners. One was in the Al-Ekha hospital, one of the largest for obstetrics, reproductive health, and gynaecological surgery near camps for the internally-displaced in the Atme area.

The MAGNA intervention focused on supporting essential needs of the population of the Atme camps, above all those in the internally-displaced, returning-home and host populations. The primary aim was satisfying shortages in providing health services, such that the hospital could ensure consultations and births and all associated services for women, as well as consultations for newborns in one of the most populous parts of Syria. 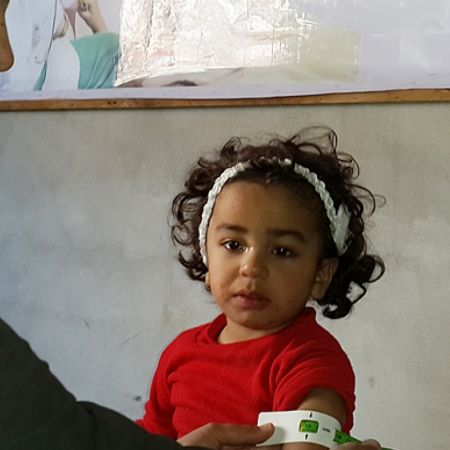