Vietnam is a densely populated country with almost 87 million people. Despite the fact that many people still have Vietnam associated with war, it is in fact a country full of enchanting natural beauty. However, it suffers from a HIV / AIDS epidemic.

MAGNA concluded all its activities providing medical assistance to HIV/AIDS victims in Vietnam in 2012.

Overview of the Crisis in Vietnam

Vietnam suffers from a concentrated HIV / AIDS epidemic. This means that the highest prevalence rate is still among the so-called primary HIV population including drug users injecting drugs intravenously, prostitutes, or homosexuals. For these population groups, the prevalence of the disease is around 28% within one province, but the prevalence within the country's population is 0.53%. This corresponds to approximately 293 000 people infected with HIV in 2007.

How did MAGNA help in Vietnam?

In February 2012, we concluded all our efforts to help HIV / AIDS affected communities in Vietnam.

Our work focused on building integrated care in the area of prevention of mother-to-child transmission of HIV in three Hanoi healthcare facilities - the National Pediatric Hospital, Obstetric Hanoi Hospital and Mother Center Hospital. 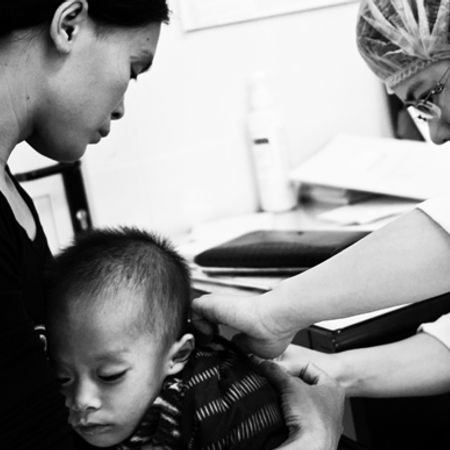