Sreymom, a MAGNA patient (we changed her name to protect her privacy), was born with HIV years ago in Cambodia. In Cambodia, a country still unrecovered after the civil war and the genocide that cost the lives of millions of people, there were neither medications at the time, nor any programs to help newborns not to get infected from their mothers. Therefore, many of them soon became orphans. Orphans with HIV in their bodies. When we came to Cambodia almost 20 years ago to help, we found orphaned children in poor condition, many on the verge of death. We took them to our orphanages, took care of them and, in particular, provided them with the treatment that makes them live to this day. Although they still carry the HIV virus in their bodies, the virus is asleep thanks to the antiretroviral (ARV) treatment. 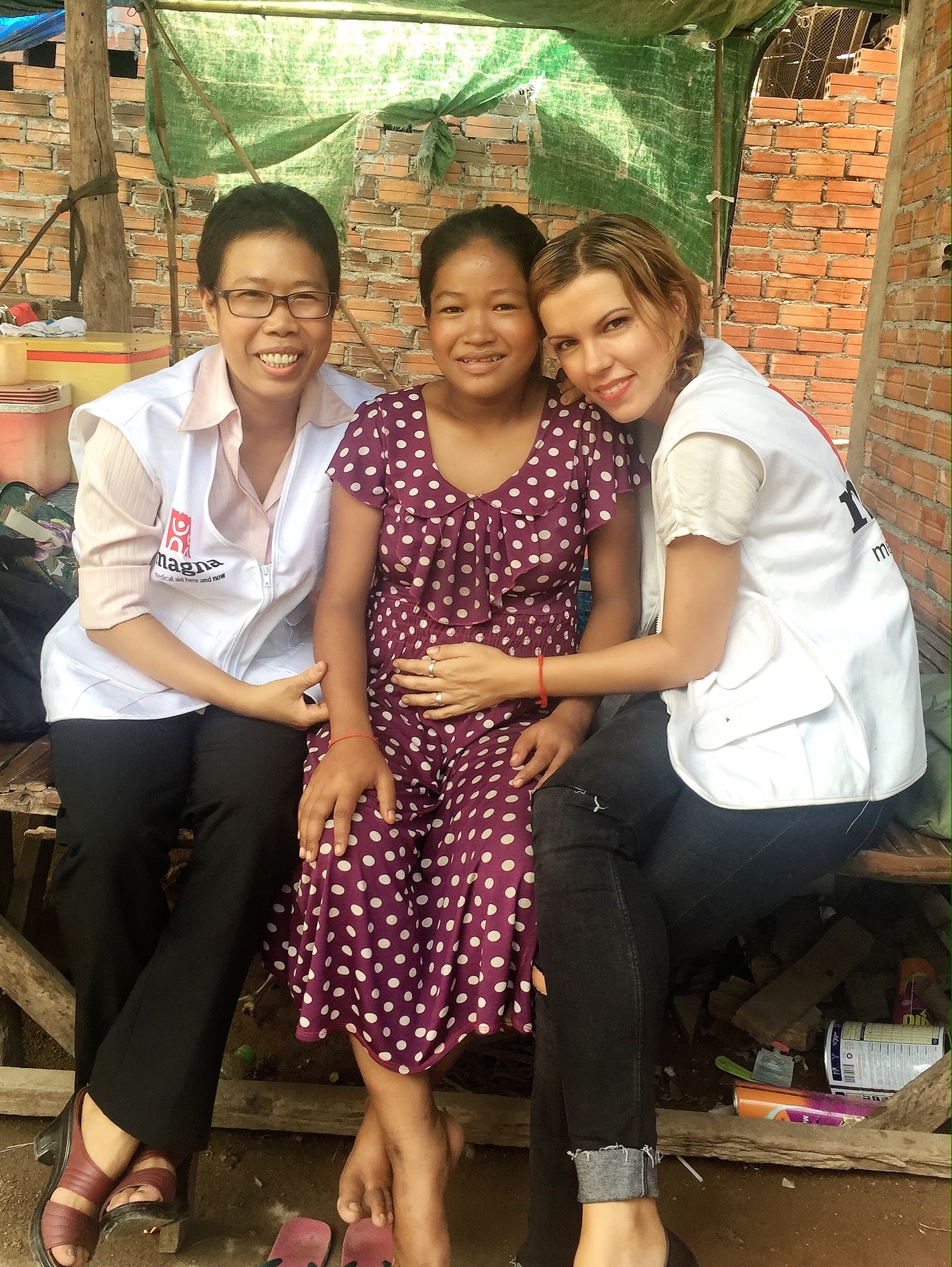 Just like Sreymom. She grew up in the MAGNA home, with our doctors, therapists, foster parents, but also with dozens or even hundreds of siblings that we managed to save during that time. Sreymom finished school and graduated. She lives her life as best she can; she laughs like any of us but she also knows she must not forget her medication. When she goes to her shop in the morning, she takes another dose of ARV medicine, says goodbye to her husband and three-year-old daughter, gets on the motorcycle and leaves for the fast-paced life of the Cambodian capital. Her daughter does not have HIV. Thanks to the MAGNA program which can prevent the transmission of the virus from mother to newborn. And the program succeeded in doing so already in many cases. At the moment, Sreymom is pregnant with her son. And she knows that he too will be included in the PMTCT (Prevention of Mother-to-Child Transmission) MAGNA program. Like more than 400 other children in Cambodia in the coming year. We are currently capable of preventing the transmission of HIV in more than 99.8 percent of cases.

It looks simple when we speak about it but preventing the transmission of HIV from mother to child is a difficult process. It begins with regular antenatal care, testing, antiretroviral treatment, then continues with specially guided hospital delivery, newborn testing, and appropriate treatment until the child is 18 months old.

The global Covid-19 pandemic has suppressed all other global health problems, whether it is malaria that kills hundreds of thousands of children a year or the HIV / AIDS epidemic. At the same time, HIV patients are among the risk groups that Covid-19 endangers more than others.

In today's world, the words with which MAGNA set off on its journey, such as "human", "patient", "sick", or "refugee" are swapped for the words "risk", "effectiveness", "audit". People – the patients – disappear from the world and global crises are dehumanized; they lose their essence in the perception of society – one concrete human story. In the case of HIV / AIDS, a "patient’s survival" has been replaced by "sustainability".

The end of AIDS was within reach, but modeling its economic feasibility has caused an unfortunate shift in the deployment of the global struggle, both politically and practically. Too confident demands and international donor fatigue led to an early release, and instead of achieving the goal of suppressing the HIV / AIDS epidemic, we moved away from it.

The fact that HIV / AIDS is not talked about, or is talked about much less than in the past, does not mean that it does not exist as a global problem. Many countries that should fight the epidemic on their own, despite progress experienced in recent years, do not have the capabilities or the resources to do so effectively and patiently. The successful treatment is a long-term process, and therefore an expensive one; global goals are repeatedly not met and deadlines are postponed. If the international community does not make the fight against HIV / AIDS one of its priorities and does not support it with money going directly to a particular patient, the epidemic may again surprise us – and with even greater force.

At MAGNA, we recognize that every single patient with HIV / AIDS requires long-term attention and that in the fight with the virus patience is needed. Sreymom, like thousands of our patients, lives a normal life thanks to antiretroviral treatment as well as the necessary medical support being available to her. Her daughter was born without HIV due to the fact that Sreymom was already part of a treatment program during pregnancy and after childbirth, which prevented the transmission of HIV from mother to child. The same is true for her second child, who she is now awaiting and we believe that her second child will also be born without HIV. Just as it will be the case for hundreds of newborns who will be part of our program. Parents with HIV can have negative children. And this is one way to help defeat the HIV / AIDS epidemic in the world.

MAGNA has been helping in Cambodia thanks to donations from Slovaks and Czechs since 2003.