A complete change of our lifestyle. While the whole world is monitoring the disease caused by the coronavirus, there are countries that have been contaminated regularly and even for years by epidemics. Despite the fact that these situations cannot be completely compared, according to MAGNA head of operations, Denisa Augustinová, we can learn from epidemiological infections, such as ebola, cholera or measles, also in Slovakia.

Although these epidemics are typical of countries such as the Democratic Republic of the Congo, South Sudan and Haiti, and the developed world will mostly not even notice them, tables have turned. We see the current pandemic of the new Covid-19 disease as the greatest in recent decades, and ask how it may have evolved to such proportions in the developed world. The answer is simple: the popularity of air travel and unpreparedness.

“I think that the rapid expansion is due to the interconnectivity of the world by air. This is how the virus got from China all over the entire planet. The countries reacted late; the information from China was limited in the first phase, later ignored by the developed countries,” explains Augustínová of the humanitarian organization MAGNA, which provides medical and social care to children and families in crisis areas of the world.

As part of its assistance to Slovakia, the organization provided 1200 respirators for the Kramáre hospital in Bratislava. According to Augustínová, however, the very first mistake was that it took a too long time to find out how the coronavirus was spreading without stopping flights from the affected areas.

The advanced humankind has failed

Significant action occurred only when the disease was spread in many countries. However, according to Augustínová, humankind has failed globally in this case, and urban isolation and strict quarantine can now help in particular. What the countries affected by Ebola or measles can be an example of is fighting epidemics right from the start. “We are always preparing for the most complex scenarios in advance and reacting only when the crisis occurs. Sufficient supplies, protective equipment and efforts to motivate medical staff can help to achieve this,” says Augustínová. However, in the current situation, we can see that some European countries are going in the very opposite direction from the worst case scenario, not to mention the preparation of emergency stocks.

However, we are talking about diseases in countries where basic infrastructure and health systems are often lacking. The simplest situation is illustrated by the example of the current and second largest epidemic of ebola in history, with more than 66 percent of all patients dying (in comparison, according to the WHO, 3.7 percent of people infected by the coronavirus disease die, other estimates say 3 - 5 percent, in some areas these numbers may double).

Although it is a highly contagious disease, ebola has not spread from the eastern part of Congo. This is due to several factors: the development of the vaccine, but also the fact that it is an underdeveloped area from which people do not travel massively. “Not that they don't want to, but actually they don't have many ways to do so. Moreover, many of the transfer options were stopped after the Ebola outbreak,” says Augustínová.

Concerns that MAGNA as well as the authorities had in relation to the epidemics were that the contagion would spread due to the cultural habits and rituals of the local people. The almost non-existent health care did not help to cope with the situation in a quick manner. The good news for the region is that after less than two years of struggle, they have not seen a new case of disease for several weeks, so the epidemic seems to be in control. 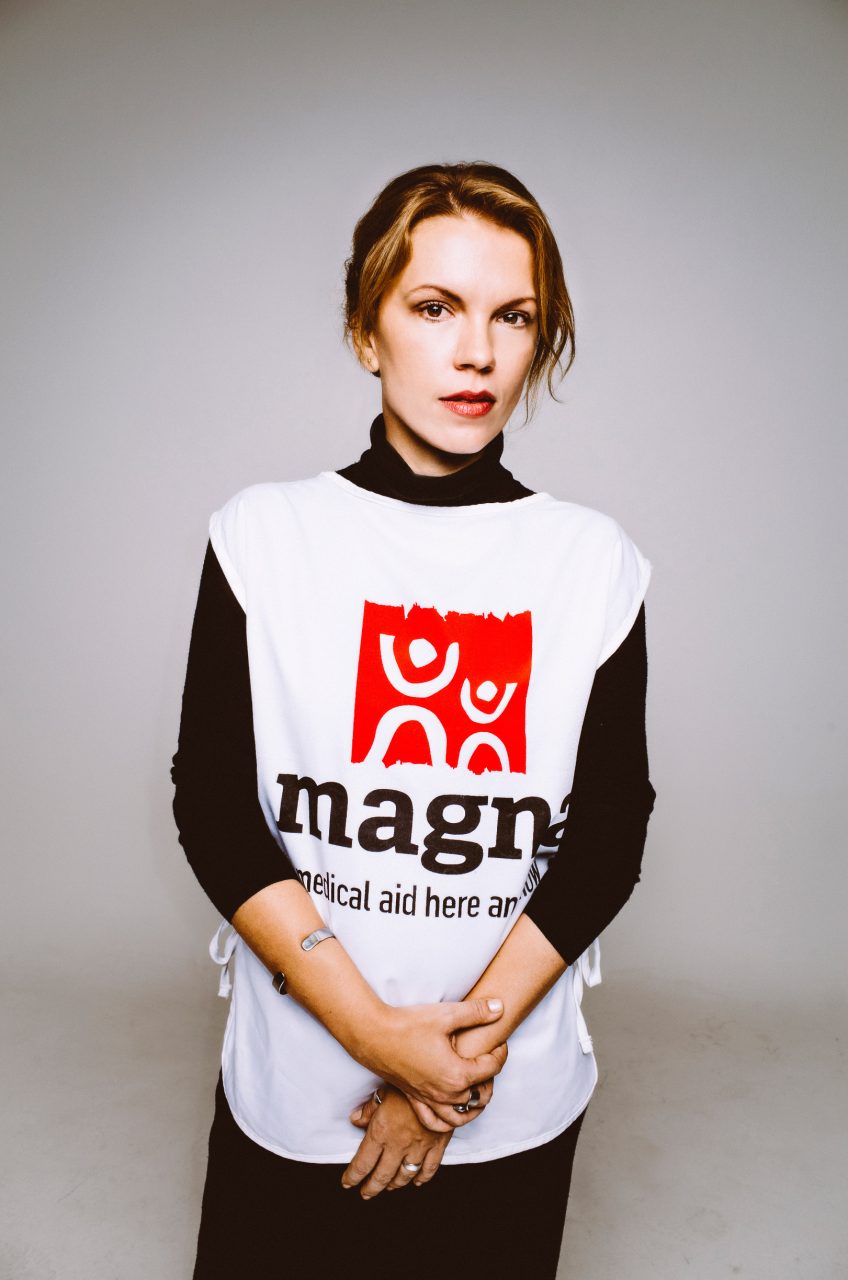 Stop at the airport

These diseases are, with few exceptions, managed not to be transmitted to developed countries. But African states fear that even though they have not been fully affected by the Covid-19 disease right now, it may happen in the next wave. Given the almost non-existent health systems, this could have fatal consequences. "Their only chance is to stop the coronavirus before it arrives in the country or at the airports," she says, saying that some African countries are protected by the tourists' lack of interest in them, limited air connections and a difficult internal situation.

Vaccination is also closely related to this topic. What is a matter of life and death for the people in Congo, who are currently struggling with the biggest measles epidemic, is influenced by anti-vaccination lobby for people in the developed world. At the moment, 6,000 people died from measles in Congo, mostly children. According to Augustínová, MAGNA teams have vaccinated more than 230,000 juveniles in 1.5 months. This is equal to the number of all children under the age of five in Slovakia.

“Do you think anyone refused vaccination? Even in inaccessible, underdeveloped areas in these countries affected by the humanitarian crisis, people know that vaccination can save their children 's lives,” she explains.

However, there is no vaccine for the current coronavirus disease, which is particularly troubling in developed countries. Augustínová points out that in Slovakia, health care should become the number one priority and undergo a complete reform. However, it turns out that even systems like the one in Italy, for example, are unable to cope with the onslaught of patients if the response is late, as we have just witnessed.

Let us appreciate the comfort of our home

Experts constantly underline that what we can do is especially washing hands, eliminating social contact, wearing masks. "Banning social events can substantially eliminate risks, even if it means a fundamental change in lifestyle," adds the head of the organization's operations department, saying that in Lebanon, where the current wave of infection is threatening, lifestyle change is not the topic of the day. Due to the Syrian war, 1.5 million refugees have been living in the makeshift conditions for several years.

According to unconfirmed information, a number of people met in recent weeks with family members from Iran, one of the most critical coronavirus sites worldwide. “I can't imagine how the quarantine will be kept in makeshift tents and shelters all the more because there is still winter in Lebanon. Today, our medical staff confirmed the deterioration of the situation within Syria, where the situation with Covid-19 is difficult to control due to a serious humanitarian disaster,” says Augustínová at the end. The only thing that can be done in the local conditions so far is to raise public awareness, to distribute sanitary aids and to provide medical assistance directly in the field.