Croatia was part of refugees’ main migration route to Europe in 2015 and 2016.

Facts on the Crisis

MAGNA completed all its activities to assist victims of the refugee crisis in 2016.

Overview of the Refugee Crisis

In Croatia, through which almost 610,000 refugees passed, MAGNA operated stationary clinics and mobile medical facilities. We focused on the most vulnerable groups of refugees: children and women. But we helped anyone who needed it. On 16 September 2015, MAGNA sent medical teams to Tovarnik, where they opened a mobile medical facility for those gathering near the Tovarnik/Šid border crossing. MAGNA provided refugees with water, shelters, and other non-food aid such as blankets, raincoats, thermal blankets, and sanitary packages.

In March 2016 we completed all activities to assist refugee crisis victims.

In Hungary, MAGNA responded immediately to refugees’ urgent health care needs . Over 10 days, we provided basic health care, water, shelters, and other non-food assistance to over 4,000 refugees. This made MAGNA was the largest health care provider in Croatia and the country’s official health care partner in the Opatovac and Slavonski Brod camps. The most common health problems included respiratory diseases, intestinal diseases, foot injuries, and colds, but there were also many cases of worsening and complications resulting from chronic diseases. 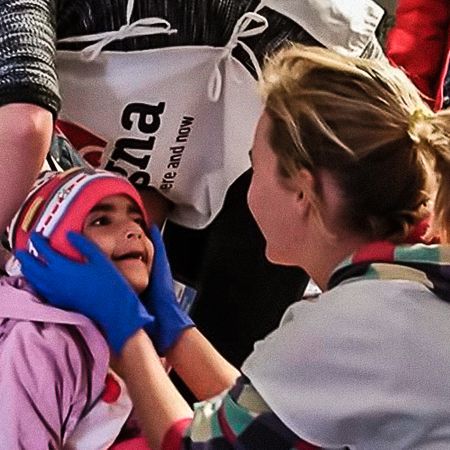