The armed conflict in eastern Ukraine has affected 5.2 million people. More than 3,000 civilians have lost their lives and another 9,000 have been injured since the conflict began in 2014. The humanitarian situation in Ukraine continued to deteriorate in 2018 and the number of people in need of humanitarian assistance and protection increased to 3.5 million.

Overview of the Ukraine Crisis

The conflict in eastern Ukraine is a constant source of tension. Although the lowest number of civilian casualties was recorded in 2018, according to the UN High Commissioner for Human Rights, the conflict escalated in late 2018 after Russian naval forces detained Ukrainian army ships and their crews in the Sea of Azov. Following this incident, on 26 November 2018, Ukraine introduced a 30-day state of emergency in all 10 regions bordering the Russian Federation, including the Donetsk and Luhansk regions. Although the introduction of the state of emergency did not affect the provision of humanitarian aid, it further complicated the lives of people on both sides of the so-called contact line, which divides the Donetsk and Luhansk regions.

The increasing number of casualties and the deteriorating health situation of the population affected by the conflict is one of the main concerns in eastern Ukraine, where 1.3 million people living within 20 kilometers of the contact line are in need of life-saving and basic health care.

Medical facilities themselves face problems with the supply of medicines and medical equipment, which affects their ability to provide basic health care on both sides of the contact line.

MAGNA responds to the situation in terms of access to basic health care in areas affected by the conflict by making use of a mobile unit.

The MAGNA mobile clinic provides basic health care in a selected area along with specialized care and provides access to quality primary health care for the most vulnerable population groups in regions directly affected by the conflict. 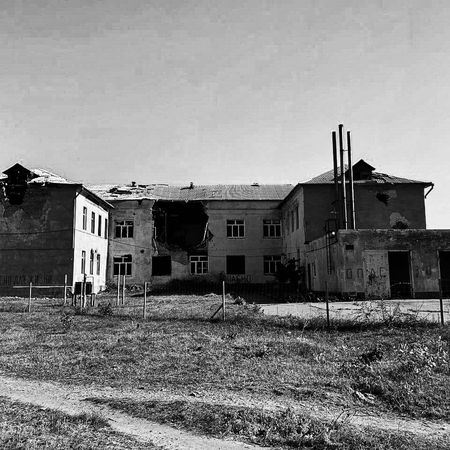