In 2011, Myanmar launched a process of political, social, and economic reform. People gained more rights, the number of persecuted people decreased, and more foreign investors came to the country. Despite these changes, many people in rural areas are still in need of medical care.

MAGNA concluded all its activities in Myanmar in 2013.

Overview of the Myanmar Crisis

Medical care in the country remains insufficient. The United Nations estimates that ongoing political instability and religious tensions have driven almost 375,000 people out of their homes, and thousands have fled to neighbouring Thailand. More than 100,000 Myanmar refugees live in camps along the Thai border. Approximately 22.6% of children in Myanmar suffer from malnutrition.

Why we are in Myanmar

In January 2013, we concluded all activities to assist children and their families in Myanmar.

Our activities focused on the distribution of material aid, access to health care for people during disasters, and treating child malnutrition. 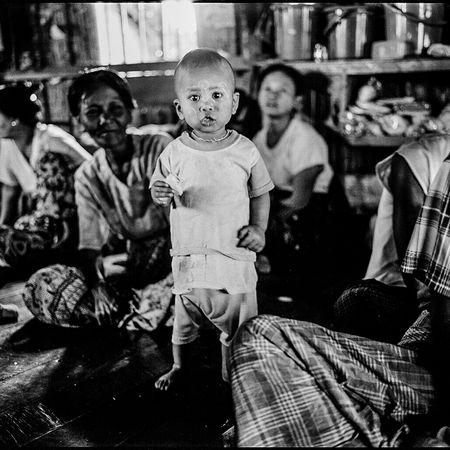